The One Red Dog Story

After spending nearly two decades working in small and large companies, One Red Dog Media was founded in 2010 with the aim of creating innovative music software.

The Molten Drum Machine was our first product, unique in it's approach to grid based drum editing. This innovative method of creating rhythm was fully realised on the Apple iPad. At the same time we pioneered the use of MIDI on the iPad.

Our first synthesizer was Arctic Keys, a 4-voice polyphonic virtual analog synthesizer that wasn't trying to clone any particular vintage model. This gave us the freedom to evolve the sound engine and modulation routing with a detailed effects section and step-sequencer.

With the help of some motivated musicians, we are continuing to explore mobile music making.

The White Line is my musical side project released under the Two Floors Records label.

Experience the album on Spotify, Apple Music and other digital distributors. 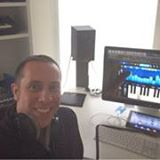 Peter is a passionate software entrepreneur with over 25 years experience in technology. He's worked at large and small companies, developed and launched products from scratch, and held project management roles before starting his own company.